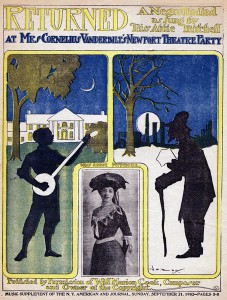 Abbie Mitchell was an African American soprano opera singer who, after completing her secondary education in a convent in Baltimore, studied voice in New York in 1897.

In London she premiered in the principal role in the 1903 musical “ In Dahomey” and would later star as “Clara” in the premier production of George Gershwin’s Porgy and Bess.